I toed the line at my first Single Speed World Championships (SSWC) in 2002, the year it was held in Downieville, CA,  and won by MTB legend, Travis Brown, who, oddly enough, lent a hand, or a skinsuit more like it, to this year’s winner, Payson McElveen. I didn’t return to another SSWC until 2008, when Curtis Inglis, and his band of merry pranksters, masterminded a hopping good time at Skyline Park in Napa, CA, site of a few UCI MTB World Cups back in the day. That year’s Decider-the event/activity used to secure hosting rights for the next year- was a bowling match, won by none other than Durango’s Chainsaw Chad Cheeney, a legend in fashion, riding, wedding pool party dives, and neckbeards. And as it turns out, also moonlighting as an otherworldly race promoter. Along with folks like Doom, Jon Bailey, and the rest of the Passion Productions crew, Chainsaw orchestrated an amazing 2009 event, one that attracted over 1,200 riders. 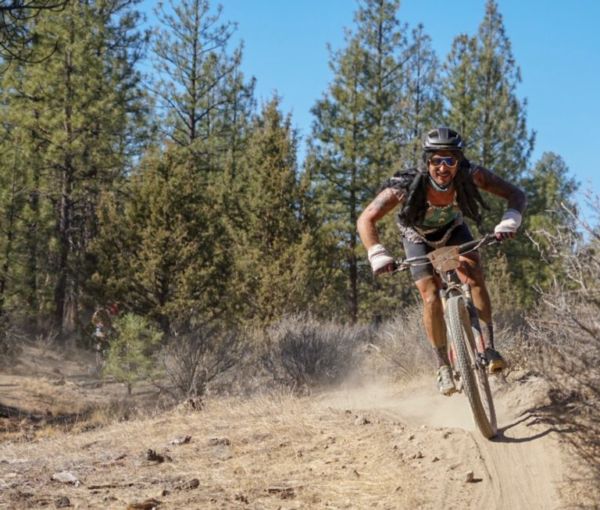 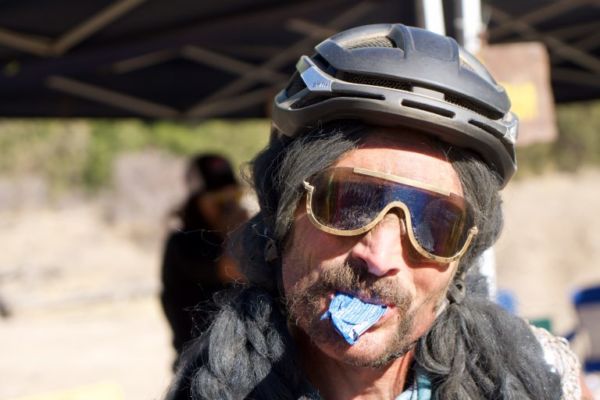 The Decider was a full court basketball game, players dressed in retro outfits created by the Passion Production folks. I raced that year in a bumble bee outfit and finished somewhere in the late 40s, I think. I do remember someone on course with bacon and other items/instruments that started with B. And that was the last time I attended a SSWC event….until this year.

“If you wanna bring a costume? That’s fine, but don’t expect an award or a handicap on the length of the course.” These are the opening words of the 2018 Single Speed World Championship website. The funny thing is the guy who most likely wrote those words loves wearing costumes. See, Carl Decker, the 2008 SSWC Champion who crossed the line that year in a speedo/Zoro outfit, cape, and bottle of KY taped to his top tube, was one of the cogs in the rear cassette of hard-working folks responsible for this year’s amazing bacchanalian bike party better known as SSWC, which was hosted in beautiful Bend, OR.

Knowing that Tina, Carl, Matt, Adam, and a whole host of other amazingly motivated folks, were part of the organizing crew behind the Bend, OR, SSWC event, made it a must-do bike party/race. I packed my van, grabbed my yet to be raced Niner AIR 9 RDO, threw Hippie Kid 2.O in the rig and hit the road. We spent a chilly night on a forest road just outside Weed, CA, and finished the drive in the morning, just in time to make David’s guided community ride. We poached the curb of a friend’s house and bounced between there and town for the various events over the weekend. A spirited game of Gelande Quaffing was the first step in the Decider process, which saw New York and Durango advance to the final test: a boat building contest. The catch? They were only allowed to use three cardboard bike boxes and three rolls of duct tape to construct a vessel that could survive a trip on th